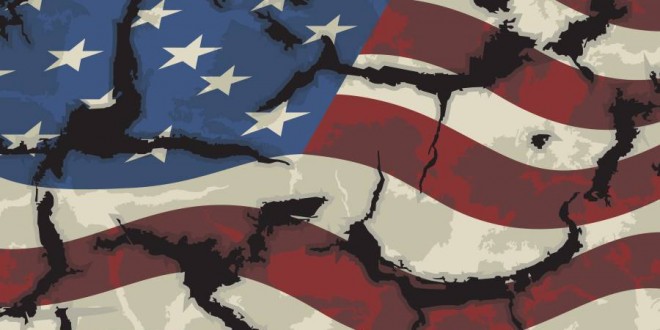 America and the Terrifying Expectation of Judgment

The Supreme Court’s decision this summer to redefine marriage; the series of videos exposing Planned Parenthood’s role in the nationwide buying and selling of the organs of aborted infants: all of this is deeply disturbing. The one silver lining is that these events may be the wakeup call America desperately needs.

Who would ever have believed our blessed nation, the United States of America, the nation that threw off the evil of slavery and recognized the freedom and dignity of all humans, could descend into such depths of depravity? A sexual perversity harmful to the bodies and souls of those who participate in it is now being celebrated and officially labeled as ‘marriage.’ There is an open, blatant attack on religious freedom, faith and prayer. And the precious, innocent unborn are being slaughtered and their body parts sold for profit.

Romans 1:18-32 clearly reveals the depravity, unnatural practices and reprobate thinking that result from failing to glorify God as God, changing the truth into a lie, and turning to the worship of the created rather than the Creator. People are given over to desires against nature’s God and nature itself, controlled by out-of-control appetites and practices. Reprobate minds are unable to determine right from wrong, good from evil, dark from light.

What The Stream is sharing every day concerning the lawless atrocities against the unborn committed by Planned Parenthood — an organization supported with our tax dollars against our will —starkly reveals this prevailing decadence: the casual slaughter of innocent life and, with it, the indiscriminate violation of those infants’ right to liberty and the pursuit of happiness.

It is only the grace and mercy of God that prevents our nation from being destroyed. God is still our shelter, but if as a nation we continue on the present rebellious course, the hedge of protection will come down. We are already seeing it happen.

As my wife Betty and I prayed this week, she said, “If America continues to support the assault on marriage, and we continue to allow the slaughter of the innocent unborn, I do not believe we have a future as a free nation.” I totally agree with her. If we do not see a visible return to God in genuine brokenness, humility and repentance, our nation will witness judgment.

In the next 16 months, if the American people and those who profess to know Christ do not reject the decadent practices in our nation and elect principled leaders who understand freedom’s foundation, if they merely shrug and continue on in darkness year after year, election after election, willfully and knowingly sinning against great grace, then the words written in Hebrews will come to describe the fate of America and American freedom:

If we go on sinning willfully after receiving the knowledge of the truth, there no longer remains a sacrifice for sins, but a terrifying expectation of judgment and the fury of a fire which will consume the adversaries. … It is a terrifying thing to fall into the hands of the living God. (Hebrews 10:26-27, 31)

Remember, however, in the face of coming judgment and desolation, Jesus wept over Jerusalem and extended the invitation to return to His shelter as chicks rushing to the wings of a hen. There is still time, but time is running out.

Let’s all fervently pray for a spiritual revival in our land, a return to God, and a new awakening to His truth.

Previous I Never Would Have Been Born
Next The War Room