Given recent trends, someone was bound to say not just that government should get out of the marriage business, but that support for same-sex “marriage” (let’s call it SSM) is actually the conservative position. Take, for instance, Young Conservatives for Freedom to Marry. Their name is their argument: Conservatives believe in individual freedom and limited government, and so should support “freedom” for people of the same sex to “marry.” If two men want to get “married,” they argue, where does Big Brother get off telling them they can’t?

But redefining marriage is anything but conservative, and would lead to far less freedom and far more invasive government. Here are seven reasons why:

Some cultures have arranged marriage and polygamy. But virtually all known cultures (not counting western countries in the last 10 minutes) have understood that marriage involves a public 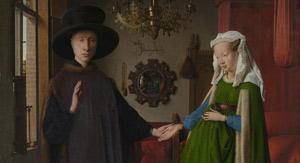 covenant between a man and a woman. This includes civilizations that had no problem with homosexual conduct.

2. Same-sex “marriage” contradicts the teachings of every major religious tradition.

Let’s not tarry long on this one, since no serious person denies it: Hinduism, Judaism, Islam and Christianity have always understood that anything called “marriage” will involve a man and a 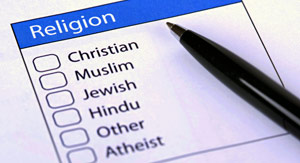 woman rather than two people of the same sex. This view is anchored deeply in these traditions, unlike, say, beliefs about the structure of the Solar System. Even those heterodox groups and denominations who in their dotage have abandoned this view of marriage — Reform Judaism, the United Church of Christ, the Episcopal Church and Presbyterian Church (USA) — know that they are departing from their own traditions.

This is not conservative.

Since cultures as diverse as the Aborigines and Anglo-Saxons have understood that marriage involves a he and a she, its foundation must transcend individual cultures. Indeed, it’s grounded in human nature itself, even in the most basic facts of our biology. Every healthy person has biological systems that are complete in 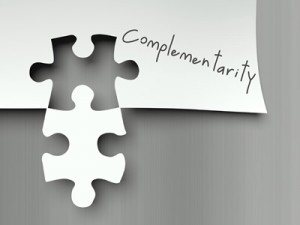 themselves. Our hearts and lungs and stomachs fulfill their proper functions as members of a single body. Only our individual sexual organs are by nature incomplete. They can only achieve their primary purpose when joined with another human being of the opposite sex.

No doubt this is why few cultures until recently ever debated the nature of marriage. This is also why marriage at its core involves one man and one woman: that is the basic requirement for mating. As a result, marriage has a special relationship to bearing and raising children.

4. Redefining marriage to include same-sex unions leads to violations of freedom of speech and freedom of religion.

“Including homosexuals within marriage,” observes Andrew Sullivan, a supporter of same-sex marriage, “would be a means of conferring the highest form of social approval imaginable.” And this is exactly the point. If Adam and Steve can be “married” just as Adam and Eve can, that m 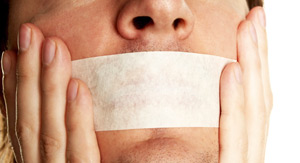 To legally equate marriage with same-sex relationships is to require that we delude ourselves. And once this is the official position of the government, anyone who claims otherwise — who refuses to play along with our collective delusion — will be dismissed as stupid or bigoted, and any law or policy that implies otherwise, deemed unjust.

Each passing month offers fresh evidence of this. Once the word “marriage” fails to legally distinguish natural marriage from the different relationships that can be had by two persons of the same sex, anyone who fails to comply can have his or her business, job, calling and public reputation destroyed.

After a state redefines marriage to include people of the same sex, adoption and relief agencies that persist in recognizing natural marriage get the government boot on their necks and must either surrender or retreat. At this late date, anyone who denies this consequence of SSM is either dissembling or on a very long lunch break from reality.

Advocates of same-sex marriage don’t want to talk about this, but their view entails that children don’t need and have no right to a father and mother, that as far as parenting goes, fathers and mothers are interchangeable Lego blocks. This contradicts common sense, our basic experience and preliminary scientific evidence. No matter, SSM partisans want to subject millions of children to an unprecedented global social experiment. They’ll get back to us with the full results in about twenty years.

Victims of the early experiments, however, have already started tospeak out, and SSM boosters are doing everything they can to destroy and discredit them.

The “conservative case for same-sex marriage” appeals to individual rights: adults, the thinking goes, should be free to marry other adults of their own sex.

This doesn’t follow. If a woman tells a federal agent that she is Napoleon Bonaparte, the agent doesn’t violate her rights by noting that her passport and chromosomes indicate otherwise. If marriage intrinsically involves a man and a woman, no one, gay or straight, has any more “right” to “marry” someone of the same sex than one has the “right” to be a prime number. It’s either a semantic confusion or an intentional deception.

In fact, redefining marriage strikes at the foundation of individual rights. Think of how rights work. Our government doesn’t bestow rights on us as individuals. As our Declaration of Independence recognizes, we a 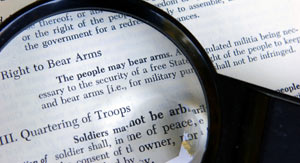 But here the two diverge, and in a way that should lead us to sit up and take notice. Marriage is far more universally recognized than are our ideals of individual rights and equality. Each of us is, by nature, a person in relationship. And marriage, a unique union of a man and a woman, is one of our most basic human relationships. Marriage, in other words, has more claim to being a reality that transcends our political system than even the individual rights we hold dear.

Defending as self-evident individual rights that most cultures have not recognized, while denying the universal testimony of nature and culture on marriage, is like sawing off the branch you’re sitting on. Not really a conservative strategy.

To claim seriously that government is and ought to be limited, you have to answer this question: What limits the state? The longstanding conservative answer: the rights and responsibilities of individuals and the institutions 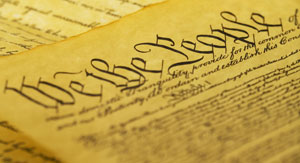 outside the state’s jurisdiction. And the institution that limits the state more than any other is the family, precisely because it pre-exists the state. The family is initiated by the marriage of a man and a woman. Ideally, human beings will be born, fed, raised and educated in a family, which will in turn be supported by the other institutions of civil society around it — neighborhoods, churches, voluntary associations and so forth, institutions the state should recognize and respect.

A limited government doesn’t try to redefine reality; it recognizes those pre-political realities outside its jurisdiction. The totalitarian, and Orwellian, governments of the twentieth century understood this perfectly well, and set about doing exactly the opposite. Lenin and other Marxists knew that to realize their vision, they had to destroy not just the idea of private property, but also religion and “this present form of marriage.”

What could possibly be less conservative than to decide, politically and legally, that marriage and family are mere social constructions that we’re free to change the moment the Supreme Court or a state legislature decides to do so? If a state can redefine marriage, then what can’t, what won’t, it redefine?

Given these facts, we shouldn’t be surprised that “conservative” groups plumping for same-sex “marriage” skip real arguments and go straight for the same clichés and calumnies of their left wing 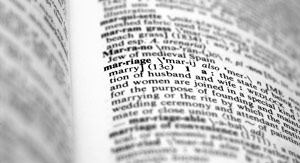 compatriots. Young Conservatives for Freedom to Marry, for instance, say their goal is to “remove anti-gay language from the 2016 GOP platform.” But there is no such language in the GOP platform; there is simply an affirmation of the reality of marriage. The debate about marriage is not about Americans who identify as gay. They already have the same rights and should be treated with the same respect as everyone else.

Recognizing marriage in our laws is not about “banning” same-sex relationships or punishing gays. “Marriage laws don’t ban anything.” They recognize what already exists. Many gays agree, but only those with spines of steel are willing to endure the vicious attacks that result from saying so publicly.

At bottom, the question is this: Are we going to recognize in our laws and customs real marriage, or are we are going to define it away? If our culture chooses to allow an out-of-control government to deny marriage reality and replace it with a counterfeit, we will justly suffer the consequences of denying historical precedent, religious wisdom, human nature and common sense.

There’s a word for that, but it’s not “conservative.”

Jay Richards is the Executive Editor of The Stream.