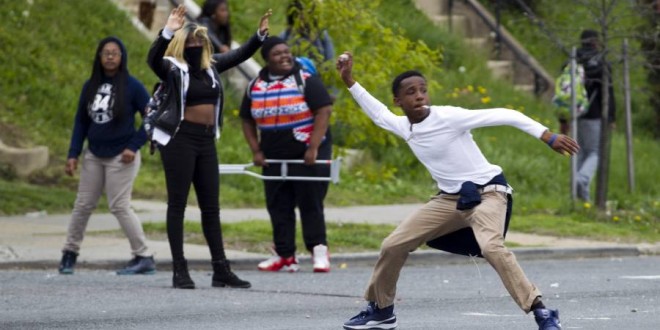 Demonstrators throw rocks at the police after the funeral of Freddie Gray on Monday, April 27, 2015, at New Shiloh Baptist Church in Baltimore. Gray died from spinal injuries about a week after he was arrested and transported in a Baltimore Police Department van. (AP Photo/Jose Luis Magana)

In light of the riots in Baltimore and other recent outbursts of violence across the nation, we must recognize this is what happens when you forsake God. [read more…]

Previous Dear Church, We Are a Family
Next We Can Be an Answer to Jesus’ Prayer